Just when you thought the magical dust would settle after the news, sights, and strategies of Disney Sorcerer’s Arena: Epic Alliances and its highly anticipated first expansion pack Turning the Tide were shared this summer, the next expansion pack will still find players and fans taken aback by its shocking twists. It wouldn’t be a Disney and Pixar game without an ominous introduction of villains, and thanks to the game’s chaptered learning system easing players into various comfort levels, it’s only befitting to deliver on the promise to shake things up.

Disney Sorcerer’s Arena: Epic Alliance Thrills & Chills Expansion brings a series of three new characters and their unique attributes to the battle Arena, and it’s available now from The Op!

In this second expansion pack for Disney Sorcerer’s Arena: Epic Alliances Core Set, Disney’s The Horned King, Jack Skellington, and Mother Gothel carry on the countless options players can access to dominate their opponents. Choose from the evil antagonist of Disney’s The Black Cauldron, the whimsical anti-hero from Disney Tim Burton’s The Nightmare Before Christmas, and the untrustworthy villainess from Disney’s Tangled – and see how they are forces to be reckoned with in your already action-packed games! Read on to learn more about the true-to-character abilities each one possesses that will change the game for better or worse:

The Horned King raises an army of Cauldron Born soldiers to fill the Arena and do his bidding. The Cauldron Born are fragile, but can make your rivals’ day miserable, blocking their routes to Victory Points and slowly chipping away at their Health. 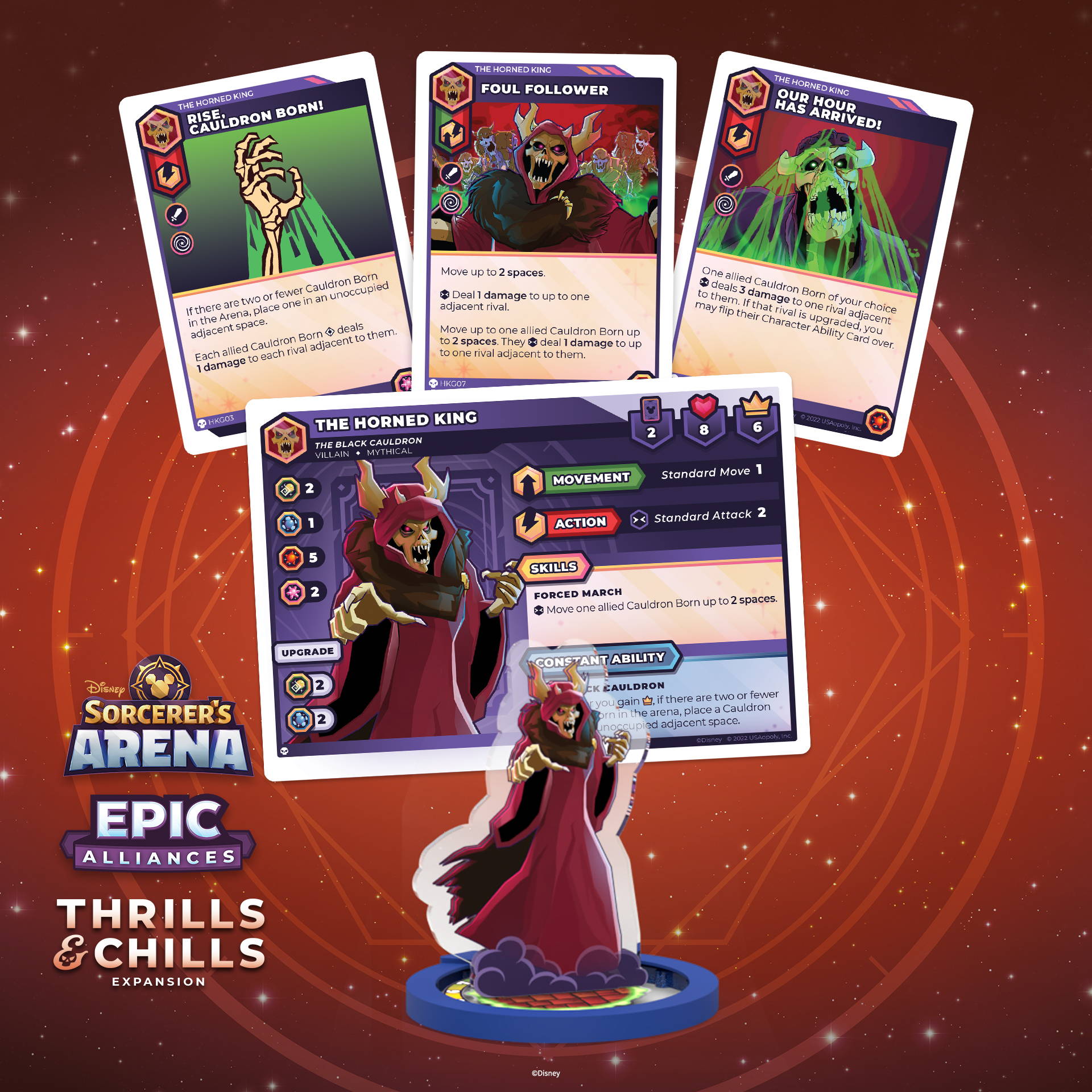 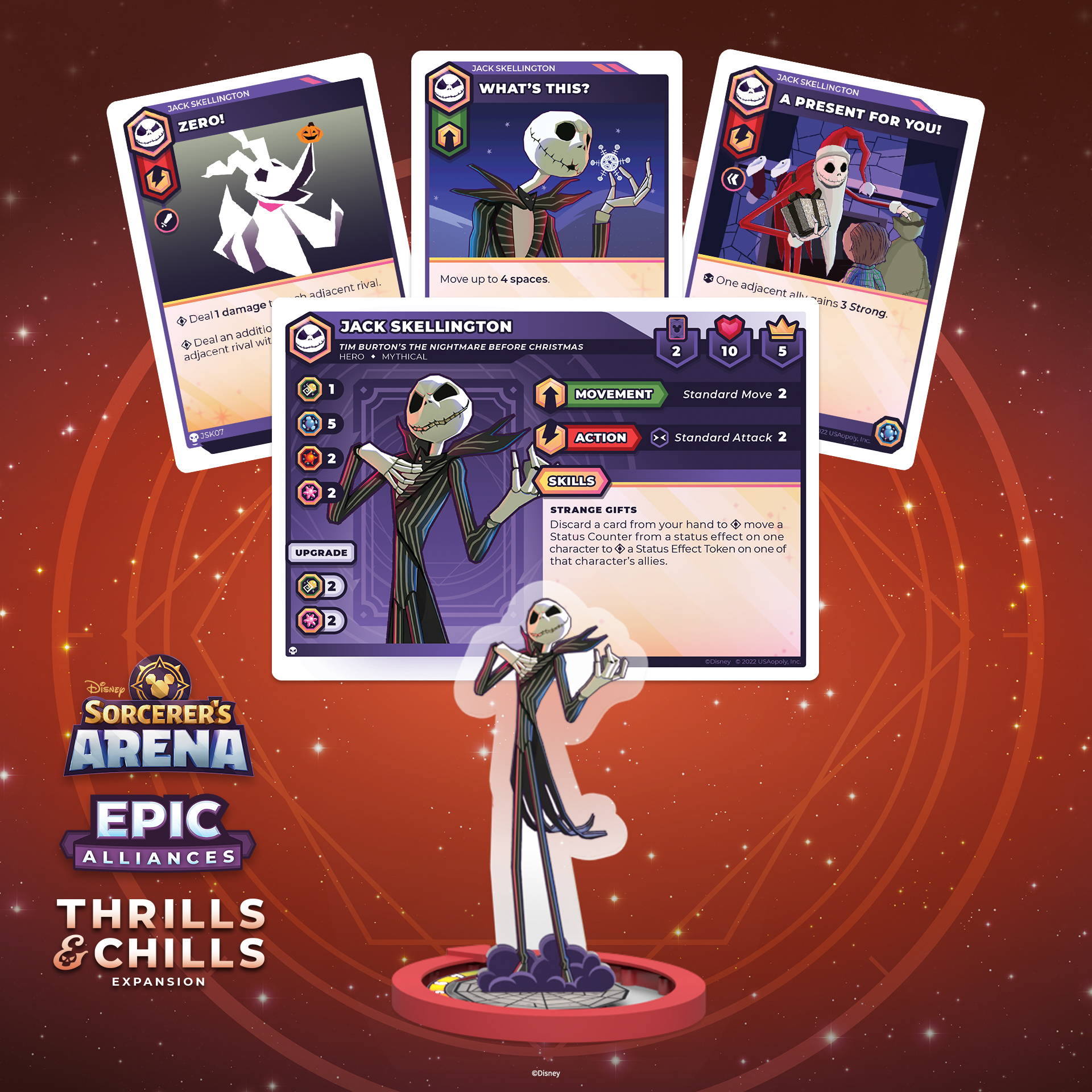 Jack Skellington just wants to share holiday fun with the other characters in the Arena. Team him up with other characters who use beneficial status effects and see how he can pull from your rivals to make your own effects stronger!

Manipulation and malice are the hallmarks of Mother Gothel’s strategy. Sneak around in the shadows and force your rivals into facing miserable decisions. Boasting a deck full of punishing effects and ways to gain the upper hand, Mother Gothel should never be underestimated! 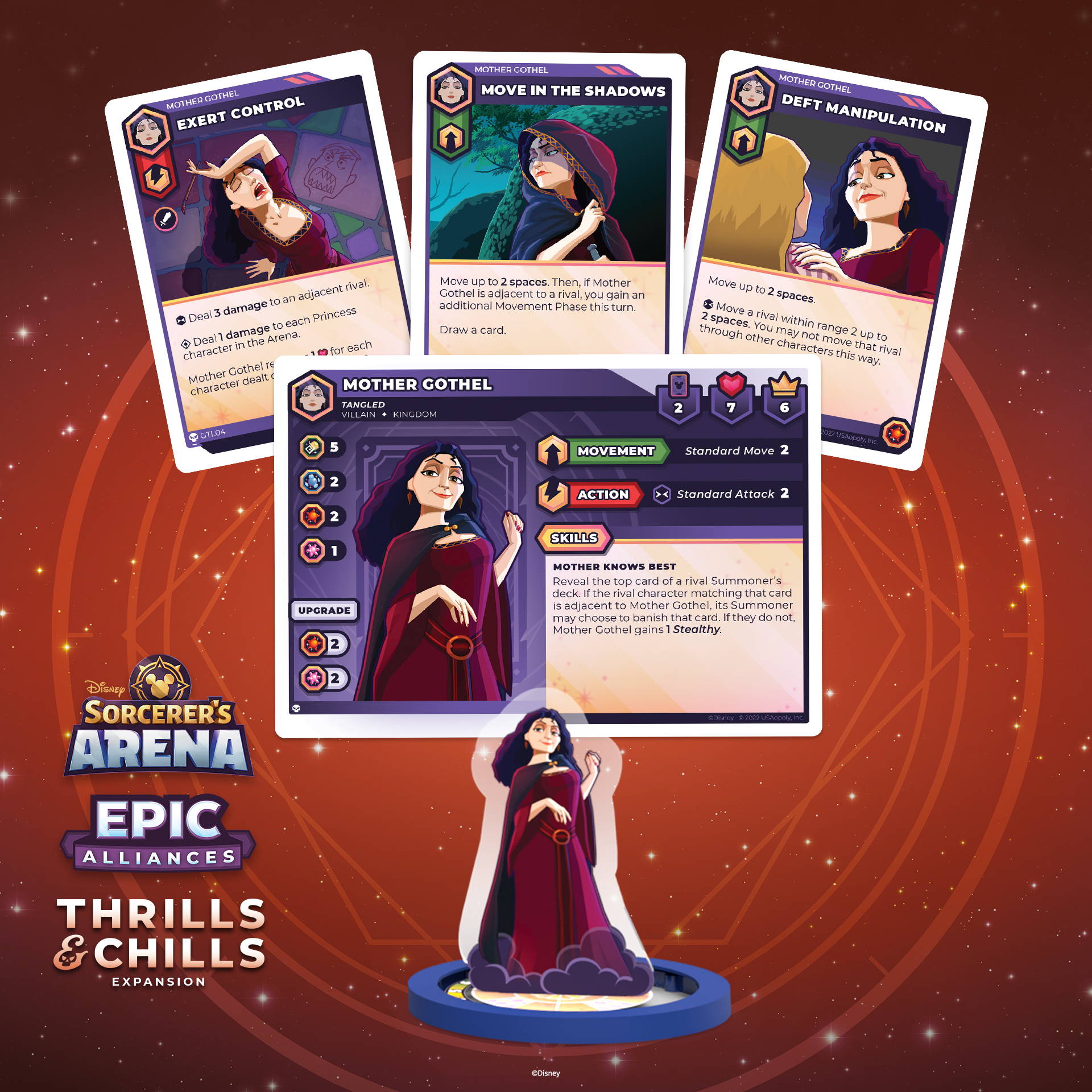 Disney Sorcerer’s Arena: Epic Alliance Thrills & Chills Expansion is for 2 to 4 players, ages 13 and up, and is available now for $24.99 from your favorite local game store or right here in The Op’s online shop! While you’re browsing, be sure you’ve built out from the Core Set, added the first expansion, and are now ready for expansion two! Who’s your mean-spirited secret weapon among the three in this sneaky trio? Tell us by tagging @theopgames or #DSAEpicAlliances in your game night pics for a chance to be featured on our Instagram, Facebook, Twitter, or TikTok!