Be There for Your Sitcom BFFs’ Big Reveal in CLUE®: Friends – Available Now from The Op!

Between the neighboring apartments and the orange coffee shop couch that these six inseparable friends occupy, you’d think it’d be impossible to keep any tidbits about their personal lives on the downlow. After all, millions of viewers spent a good part of the 90’s following the close-knit urbanites’ ups and downs on TV every week, learning about secret crushes, misguided proposals, surprising body doubles, and even who dislikes dogs. Yet there’s one shocking revelation that’s flown under the radar among the catchphrase-bearing crew, and in this nostalgic twist on the classic mystery game, it’s up to you to reveal all the details! 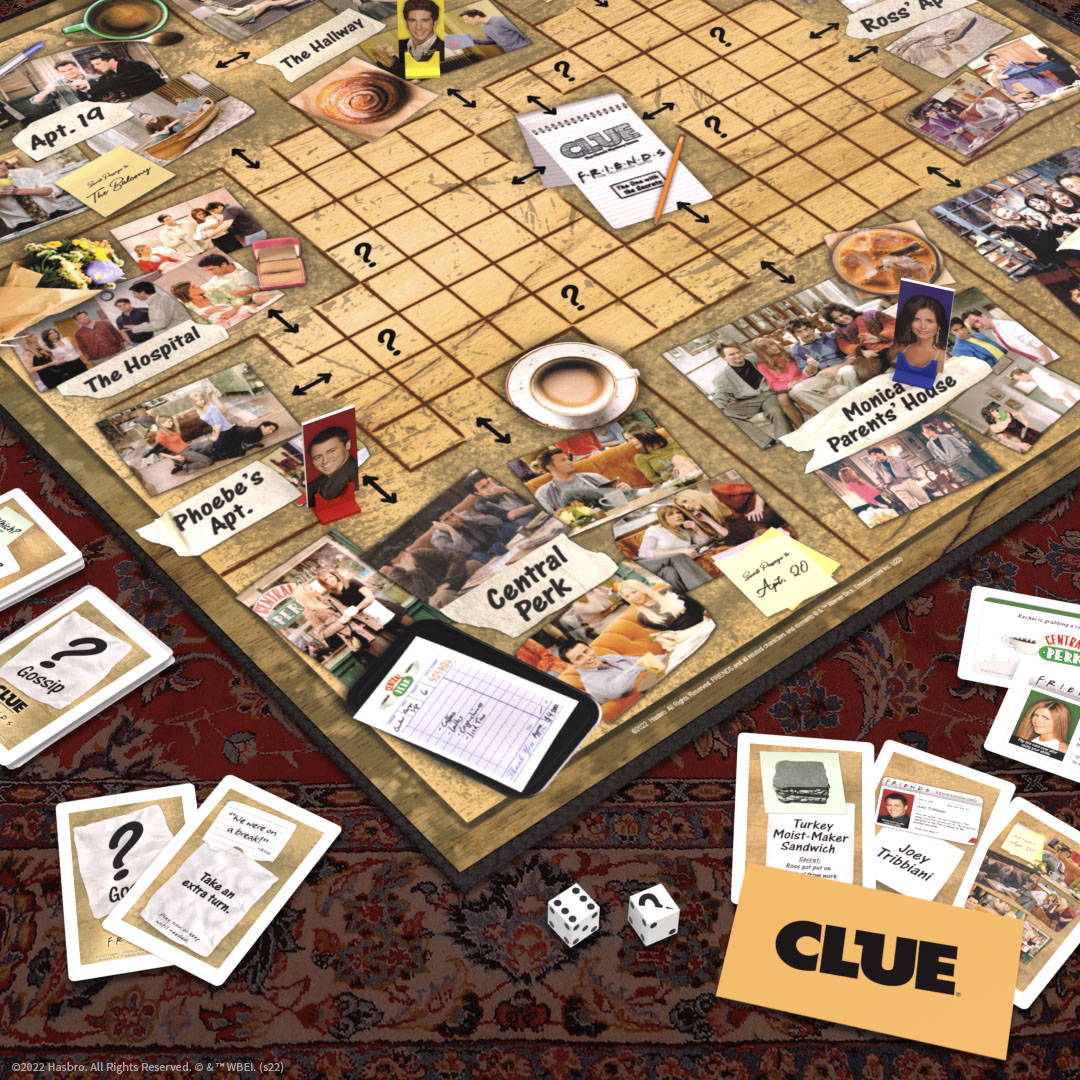 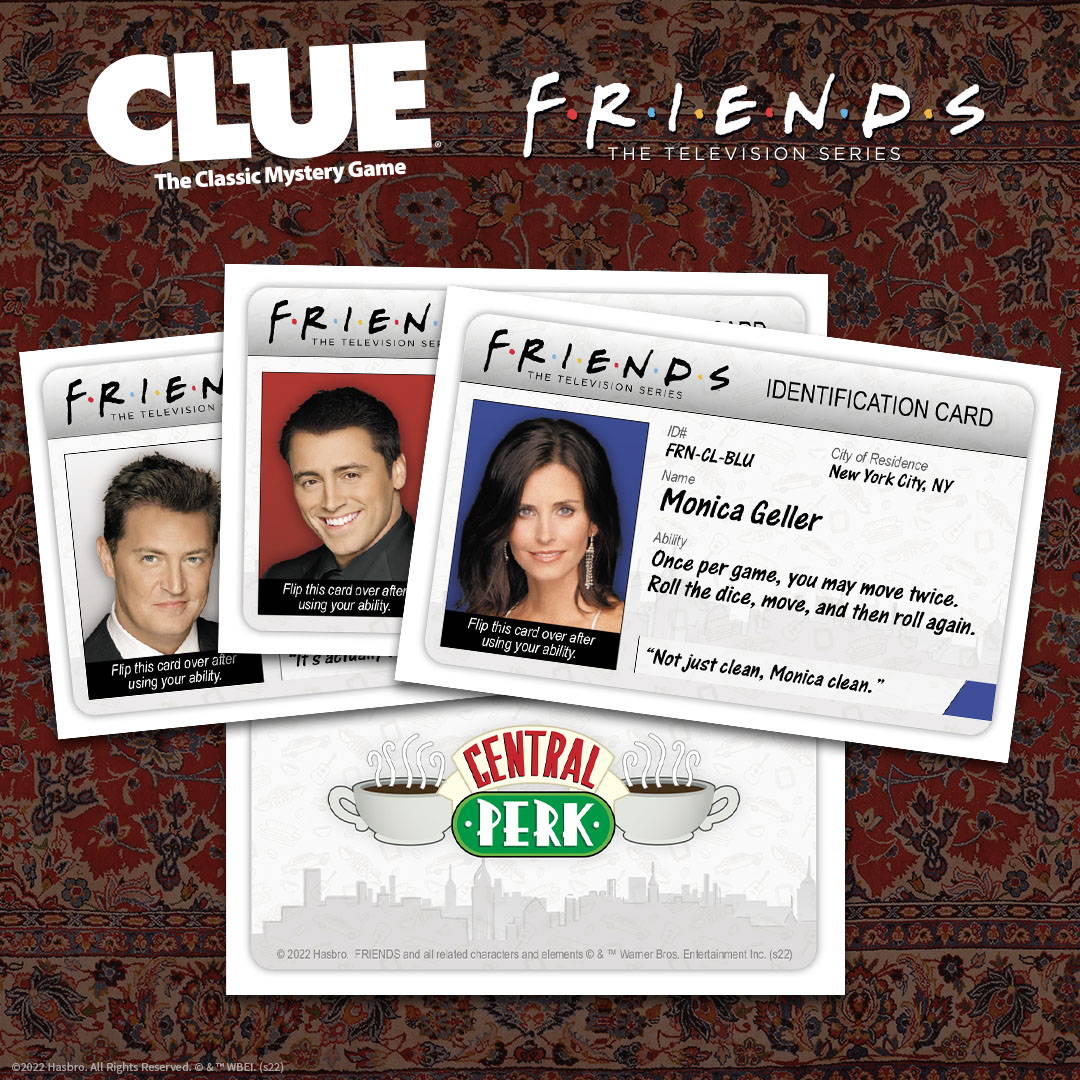 CLUE®: Friends lets players take the roles of their sitcom BFFs to discover a secret among them no one could possibly see coming, and it’s available now from The Op and Warner Bros. Consumer Products!

In this Friends-based version of CLUE, also referred to as “The One with the Secrets,” fans will join Rachel, Monica, Phoebe, Joey, Chandler, and Ross on a mission to uncover a surprise any one of them could be hiding! Take your favorite character mover along with one of six custom tokens to figure out WHAT the secret is, WHO lets the cat out of the bag, and WHERE in New York City it’s revealed!

Gather your gang around the mugs, snacks, and sticky notes found on the custom Friends game board as you investigate nine well-known locations, including Apt. 19, Apt. 20, The Balcony, Central Perk, Phoebe’s Apartment, and more. Rumor or Suspicion cards will throw you for a loop with either an action you must take right away, or a hint you can hold onto. Each player will also have their character’s Personality card, fashioned after a State ID, which offers a unique bonus ability that can be used once per game. Just narrow down your accusations quickly—Confession cards will sneakily spill the beans one by one, and if you don’t solve the mystery before the last Confession is flipped over, you lose the game! 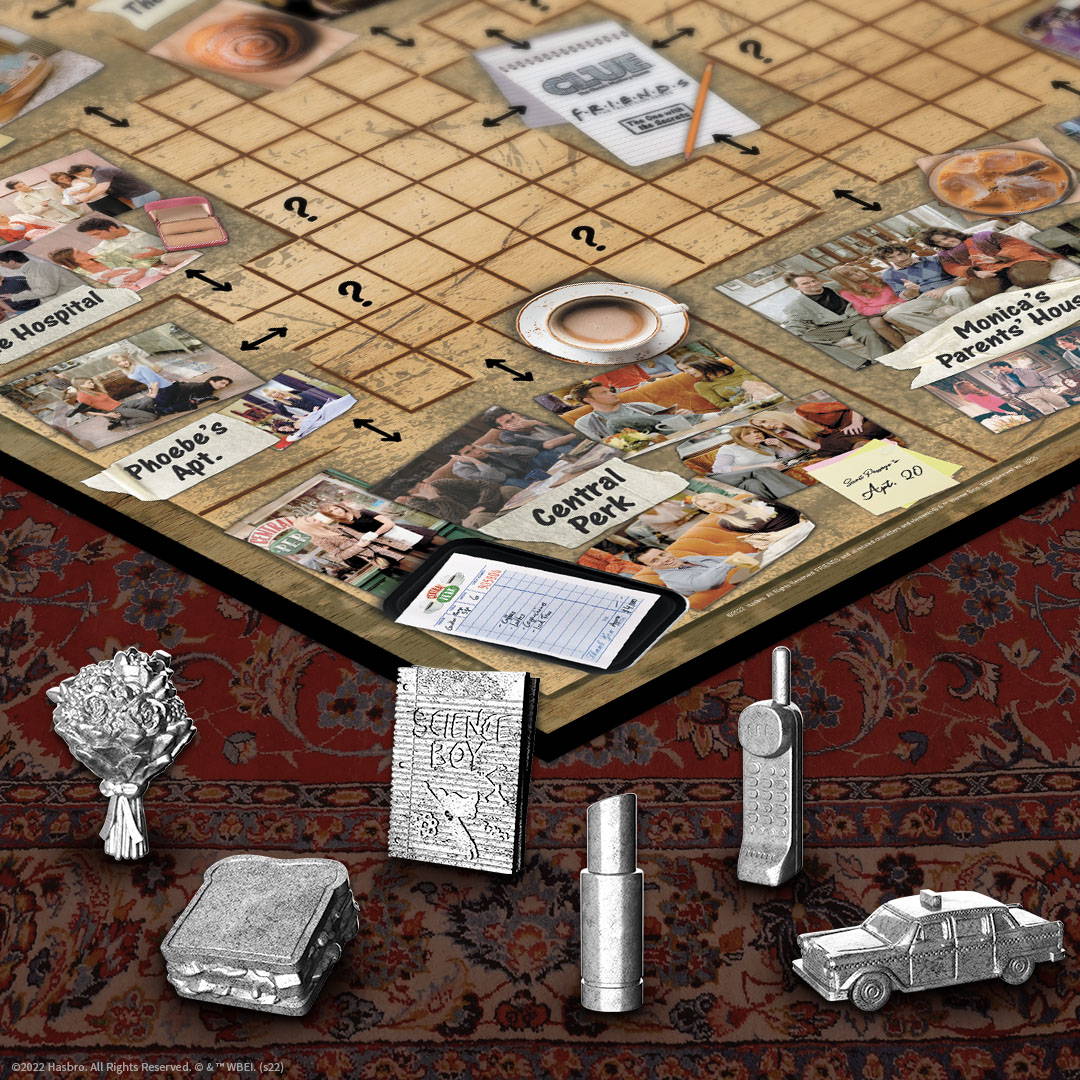 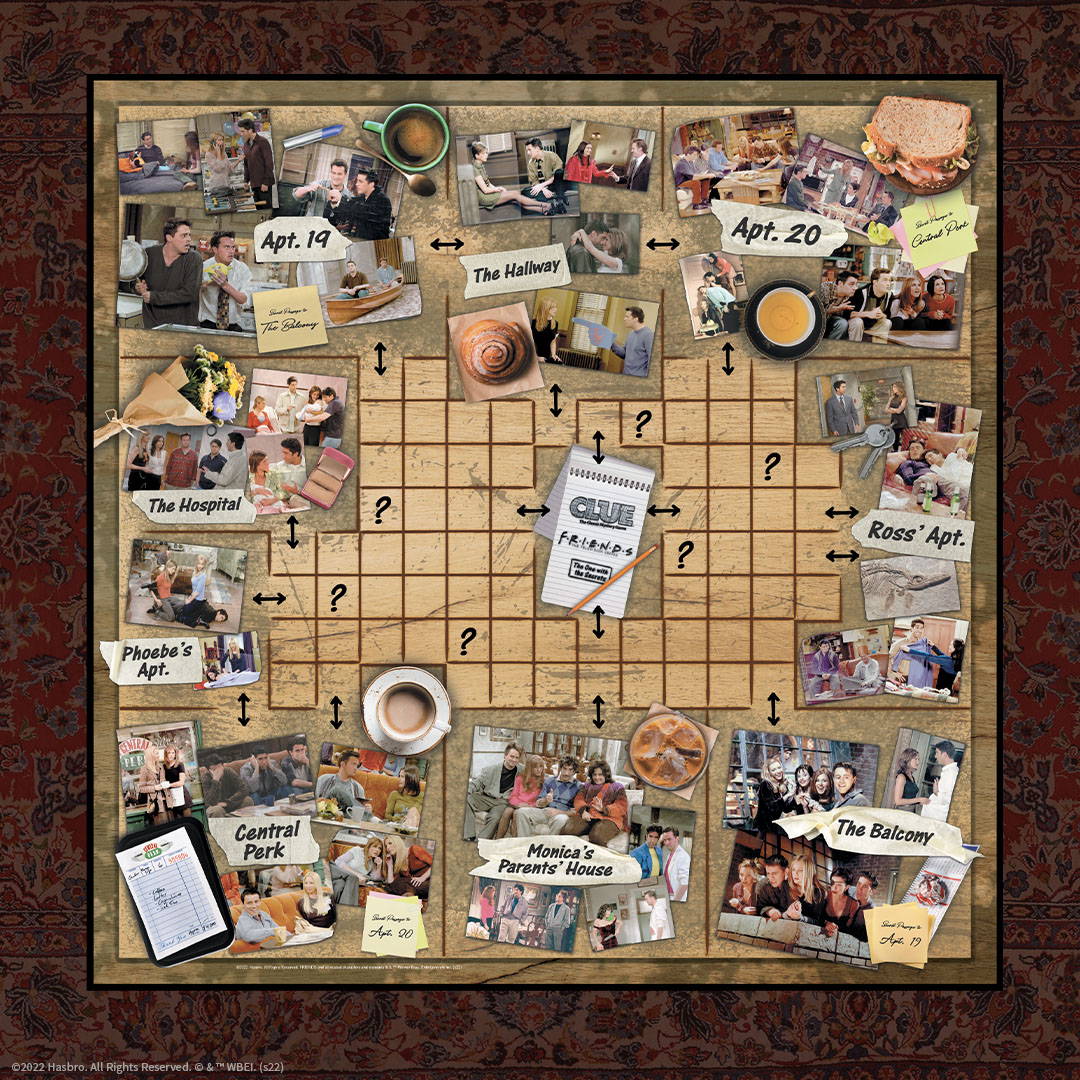 Did Phoebe stumble upon Monica and Chandler’s plans to move to the suburbs at Central Perk? Or has Ross found out that Joey was a Japanese lipstick model at Monica’s Parents’ House? Use your custom Friends CLUE sheets to keep track of the hilarity and narrow down what options remain undisclosed, because it won’t be as easy as looking through a peephole frame. Just remember, “They don’t know, that we know, they know we know!”

CLUE®: Friends is for 2-6 players, ages 8 and up, and is now available here in the Op’s online shop for $44.99! What better way to honor this Friends Week (and International FRIENDShip Day) than inviting other fans to relive the award-winning comedy on game night? Find out which one in your group will never live down wrong guesses, or cuddle up with your lobster to rewatch Friends: The Reunion to celebrate. Either way, tag your photos with @theopgames or #FriendsClue for a chance to be featured on our Facebook, Instagram, Twitter, and Tik Tok!